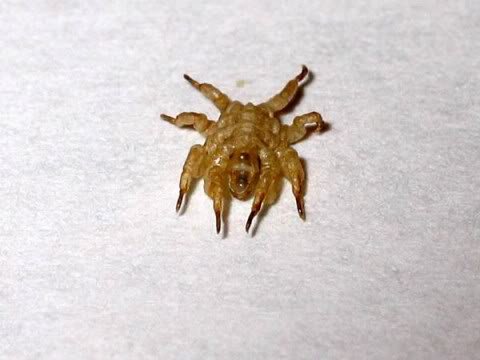 Sea Spiders are not spiders in the traditional sense. They are not members of the arachnid family, but are, instead, marine arthropods known as pycnogonids. There are more than 1300 known species, and almost all of them are carnivores. Depending upon the species, they will feast on your corals, anemones, sponge, etc. Sea spiders are common predators on zoanthid corals. They may be hard to spot, some being as small as 0.04 inches in diameter. They will even crawl inside a closed polyp, making it very difficult to spot.

These sea spiders are typically eight legged, but may have other appendages that resemble legs. These appendages are used in caring for young and cleaning as well as courtship. The average size is about 5 mm across. The Zoanthid spider that we look for is very hard if not almost impossible to see as the spider crawls inside of the polyp as it closes.  However, there are times when the spider’s legs are exposed outside of the closed polyp, as shown in the picture below.

Some commercial treatments claim to remove pycnogonids, but the hobbyists on the forums have not found this to be the case. The spiders tend to stay beneath the mucus layer of the zoas, and remain unaffected by treatments. The best method discovered so far is to physically remove the adults with some tweezers. Keep checking the coral for months afterwards to catch any that hatched over time. 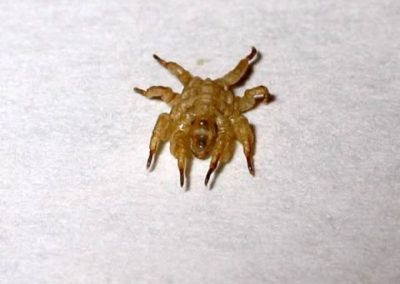 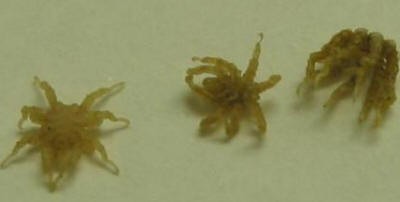 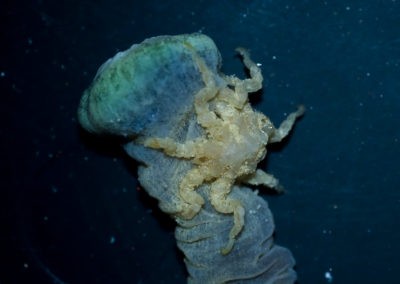 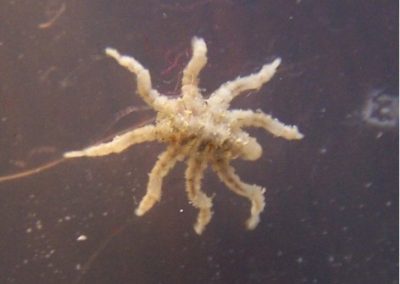 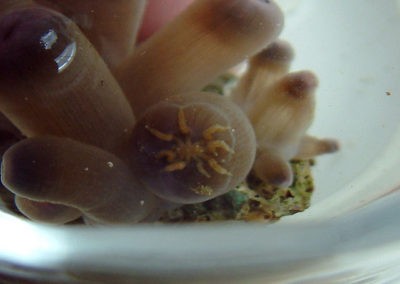 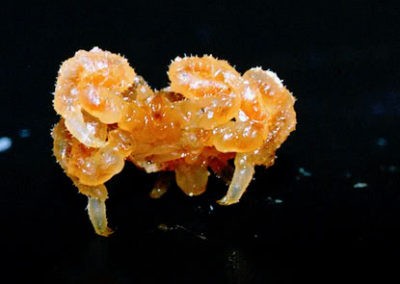 No results found for ""